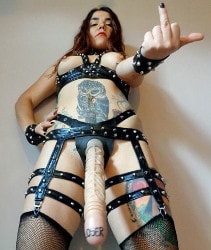 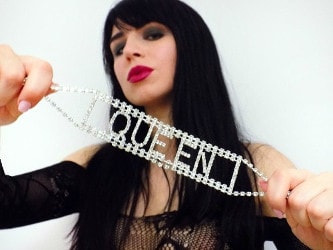 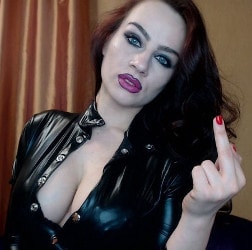 She has expensive tastes. Not gold and jewelry, but electronics. Has to be Apple – a 15 inch MacBook Pro for $1999; a iPhoneX. She’s got a wish list like a bride set up for you to tribute to. An Amazon wish list you should really pay attention to and try to empty. She takes gift cards, Paypal, Apple Pay – you name it. She likes the gift cards because she doesn’t want the paypig to have a choice on what she purchases – he gets no control whatsoever; he just pays.

“I’ll call one guy Stan. Stan because he’s a typical guy, and he’s got a typical name. He’s one of my big money slaves. Stan’s the CFO of a big company that you’ve probably heard of. He’s in charge of hundreds of millions, maybe billions. Real in-charge guy, but with me he likes to be submissive, financially submissive to my needs, and submissive in other ways, too. It gives him the release he’s looking for; all the daily stress fades away. I met Stan for the first time over lunch. He immediately gave me a reloadable debit card with a balance of $2500. I told him that sounded like a broken promise already, and insisted that if our relationship were to continue that I would need a credit card. Within a week Stan gave me a credit card with a $50K balance, and I promised that I wouldn’t spend more than $5k monthly, and I’ve kept that promise. That’s the thing about the relationship between a money mistress and a money slave. It’s a trust relationship, and I expect him to keep within the boundaries we mutually set, and I keep within them, too.”

Beautiful, spoiled, precious money mistress findom cam sessions might be what you’re looking for if you like it hot, live and hard. These women have spent years perfecting the art of financial domination. These days a lot of women are online for findom webcam sessions, but they lack the art necessary to prolong the pleasure you get from it. A real pro findomme will keep you on the hook, let you enter her life, if only as a tool for her financial prosperity, and she’ll enter yours like a wasp. Very hot and total pro money mistress Black Diamonde says it best: Do not torture yourself – leave it to me.. 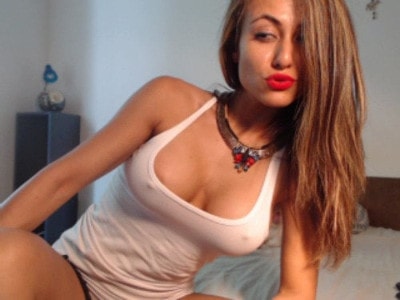 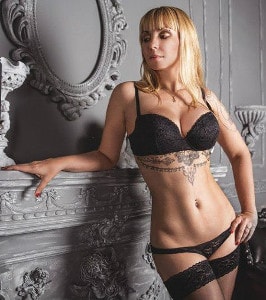 Brianna found out about financial domination from one of her friends. She didn’t know such a thing existed, until one day her friend showed her a watch that a money slave had purchaed for her birthday, a $4,000 gold and steel David Yurman that looked heavy on her thin wrist. Brianne expressed surprise that her friend, an Administrative Assistant, could afford an watch that was worth more than her car. Then the woman explained with a laugh that her cherry pay pig David had wanted her feeling special on her special day. “I’m a secretary,” Brianna says, “but no one calls it that. Although I don’t get the coffee; we have a Keurig at work” she says with a laugh. Brianna is

One of her specialities is ignore fetish. You can log in and chat with her on cam, or call her on her cell. She will casually, relentless ignore you. Dead silence. Walking around with her phone all day while shopping, and you can hear her, talk to her, but she won’t respond. On cam it’s even better: she strolls around her apartment, silently, sometimes in panties or lingerie.

“My favorite money slave is Mike. He’s insists that everyone calls him Michael because (he says) it’s more fitting with his status, but I call him Mike. Mike used to work in government, but now he’s in the private sector. He’s a consultant for the pharmaceutical industry. Basically a lobbyist. He made $7,238,284 dollars last year. I know that exactly because he gave me a copy of his tax return. The fact that I have that much control over his life – secrecy is a major thing with rich guys I’ve found, and the fact that I could expose him really gets him off.  He’s into blackmail fetish, but honestly it makes me a little nervous. Mike pays my rent and gives me spending money. He wanted to rent me an apartment, but that put me too much under his control, so I just made him give me money for rent, in addtion to his regular tributes.”

“The odd thing for me about doing financial domination is the guilt. I feel guilty taking money for nothing from men. I was raised – study, work hard, get ahead. I’m actually doing nothing, or very little, and I’m making more money than friends my age who have advanced degrees. I mean, I’m not making anyone give me money, and I am providing a service, but still, this little sliver of guilt …”